Have you ever encountered a website that runs jQuery(location.hash)? Seemingly pretty harmless, right? location.hash always starts with a "#" so all this code does is execute a CSS query selector. It turns out that's enough to perform a timing attack that can extract almost any secret string from the HTML.

Let's start with the basics. A CSS selector is used to match and select HTML elements and looks like these: div, a[href], input[name=authenticity_token]. With CSS3 you can have even more complicated selectors - for example input[value^='x'] matches an input element whose value attribute starts with 'x'.

The timing attack is beginning to take shape. Let's say we want to extract the authenticity_token (which protects against CSRF in Rails applications). If we execute the selector *:has(:has(:has(*)) :has(*) :has(*)) input[name=authenticity_token][value^='x'], it will take a long time only if the authenticity_token starts with 'x'. But there's still a crucial problem left: how do we measure this time difference? The answer comes from a blog post by Eduardo Vela. The brilliant insight he offers is that the victim site and attacker site both run in the same thread, so a long running javascript process on the victim site will block execution on the attacker site. This gives us a way to detect when a selector is spending a long time executing.

I've set up an example site so we can experiment more easily: https://labs.sheddow.xyz/fsf.html. Try to append #header1 to the URL and see what happens. View the page source and look at the hashchange handler to see exactly what it does. I've also set up the attacker site at https://hack.sheddow.xyz/fsf.html which embeds the victim site as an iframe. Now, back to the hack; hack.sheddow.xyz can schedule a callback to be executed later with setTimeout, then execute the selector on the victim site (via the hashchange handler in our case). If the hashchange handler is very slow, it will delay execution of the callback, and this delay can be measured with window.performance.now. Let's try to convert this into code.

First we define a function wait so that we can work with Promises instead of with setTimeout directly. get_execution_time returns a Promise that should resolve in WAIT_TIME milliseconds, but before that, it executes the hashchange handler. The hashchange handler will hog the thread, and resolution of the Promise will be delayed. If the hashchange handler takes 50ms to execute, the Promise will resolve in atleast 50ms, and it will resolve to a value equal to the time it took. The WAIT_TIME is just to make sure the hashchange handler starts executing before the promise resolves. Test it out at https://hack.sheddow.xyz/fsf.html; open the browser console, enter get_execution_time("p").then(console.log), and it should show about 10-20ms. Then try get_execution_time("*:has(*:has(*))").then(console.log), and it should show something closer to 100ms. At this point we can start brute-forcing the authenticity_token: just do get_execution_time("*:has(*:has(*) *:has(*) *:has(*) *:has(*)) input[name=authenticity_token][value^='a']") for each possible character, and the one that takes the longest time is probably the right one.

It's still possible to make it faster though. If you're familiar with blind SQL injection, you'll know that testing character by character is not the most optimal strategy. As with blind SQL injection, each query yields one bit of information ("fast" or "slow"), so it should be possible to halve the search space for each query. The trick is to test lots of characters at the same time, and use a binary search-like algorithm to narrow it down. Let's say we start testing abcdefghijklmnopqrstuvwxyzABCDEF. We can combine the selectors with a comma, so we'll end up with a super-long selector that looks something like *:has(*:has(*) *:has(*) *:has(*) *:has(*)) input[name=authenticity_token][value^='a'], *:has(*:has(*) *:has(*) *:has(*) *:has(*)) input[name=authenticity_token][value^='b'], .... We then compare the execution time of these characters with the execution time of GHIJKLMNOPQRSTUVWXYZ0123456789+/, and whichever took the longest contains the correct character. Then we just split the correct string in half and repeat the process on the two substrings, recursively, until we hit upon the correct character.

Let's turn this into code. I'm gonna use async/await to make the code slightly cleaner.

Relatively straightforward. It just splits characters in two, measures the execution time of each half, then recursively calls itself. If you run binary_search("", "abcdefghijklmnopqrstuvwxyzABCDEFGHIJKLMNOPQRSTUVWXYZ0123456789+/").then(console.log) on https://hack.sheddow.xyz/fsf.html it should return g.

Finally, we can start bruteforcing the entire token. Just do something like

and you're good, right? Not so fast. If just a single character is guessed incorrectly it will throw all future queries off. You're almost guaranteed to end up with an incorrect token. Fortunately the time difference between a correct and incorrect query should be so great that we can detect whether we have guessed incorrectly. Just create a function

TOKEN_LENGTH is 43 because we're looking for a 32-byte token that's base64-encoded. We can ignore the final equals sign. If binary_search is unsuccessful three times in a row we probably have an incorrect token, so we remove a character from the end.

All that's left is to prove the concept. Just go to https://hack.sheddow.xyz/fsf.html?attack. Since it uses async/await you'll need a relatively new browser. I've only tested it in Firefox and Chromium, but I think it should work in most browsers. If it doesn't, let me know! Thanks for reading!

Update to answer some questions:

Does Site Isolation prevent this attack?

Yes actually. It turns out Chrome considers hack.sheddow.xyz and labs.sheddow.xyz to be the same "site" even though they're different origins. If you try the same attack from https://notsheddow.xyz/fsf.html?attack, you'll see it won't work in Chrome. Update to the update: Eduardo Vela suggested that navigating the victim page away would leak timing information even with site isolation. After some experimentation, this seems to be true. Service workers can detect navigation without much overhead, so the attack could still work with only minor modification.

Does setting X-Frame-Options prevent this attack? 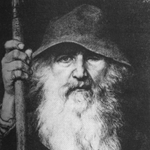